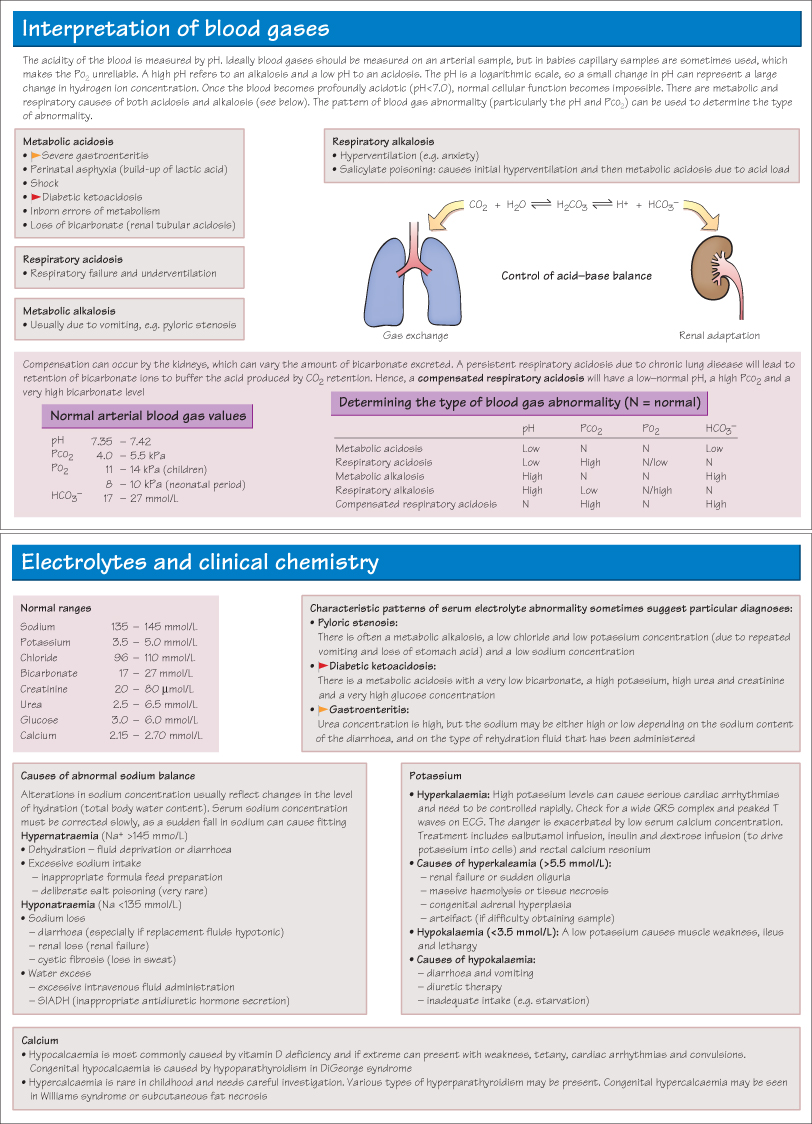 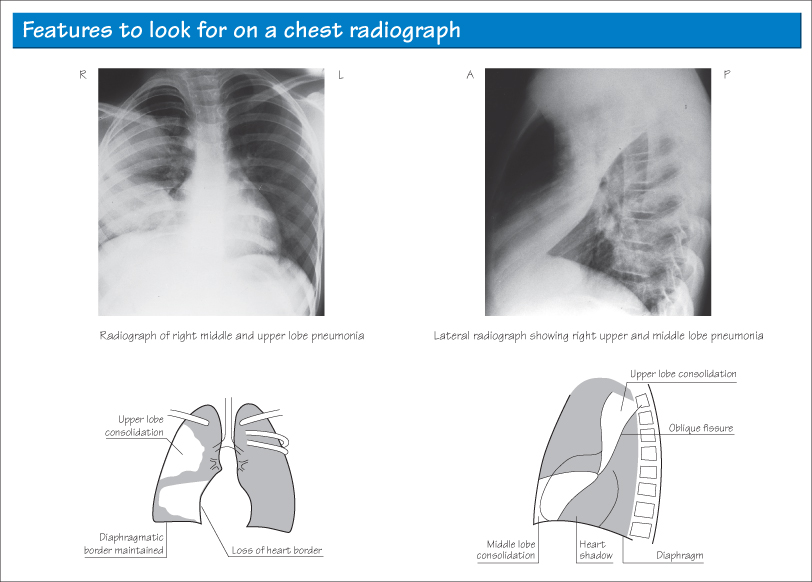 As respiratory disorders are so common in paediatric practice, it is very important to be able to accurately interpret chest radiographs. If there is uncertainty the film should be discussed with an experienced radiologist.

MRI (magnetic resonance imaging) uses radio waves and powerful electromagnetic fields to obtain detailed images, which can highlight different tissues. Images can be obtained in any plane. MRI has the great advantage of being free of ionizing radiation. The scanners are often claustrophobic and can be noisy, so young children may require a general anaesthetic.

MRI is very good at delineating tissues with high water content from those with high fat content. MRI can distinguish white matter from grey matter within the brain. It is the imaging of choice for the investigation of CNS abnormalities including spinal abnormalities. Increasingly it is being used for complex cardiac and joint imaging also. On a standard T2 weighted image, water (e.g. CSF or oedema) shows up white. On a T1-weighted image it shows dark.

CT (computed tomography) scans also give axial images (‘slices’ through the body). They have the advantage of being significantly faster to perform than MRI scans, and the machines are quieter and less claustrophobic, so children can be scanned while awake. CT is predominantly in assessing traumatic brain injury and in imaging the lungs, and is particularly good at detecting acute haemorrhage. The disadvantage is there is a significant radiation exposure.

Figure 5.1 Axial T2-weighted MRI of an infant brain. The dark grey cortex is clearly distinguished from the deeper white matter (light grey). The lateral ventricles are filled with CSF. There are bilateral haemorrhages (black) within the subependyma (just outside the wall of the lateral ventricles—arrowed). 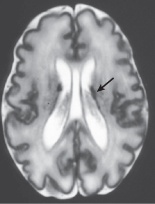 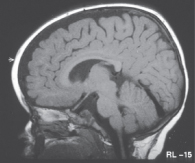 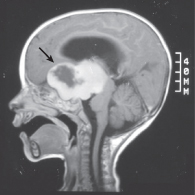 Figure 5.4 A large extradural haematoma secondary to a left parieto-occipital skull fracture. Note the midline shift and compression of the left lateral ventricle. 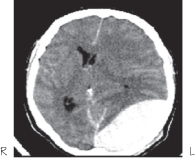 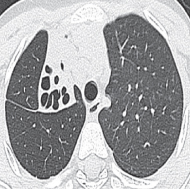