An understanding of the anatomy of the retroperitoneal space is required to initiate lymphadenectomy and exposure of the great vessels (Fig. 12–1A–C). Although the course of the ureter was covered earlier in this section, additional anatomic dissection views are needed to help the reader understand the operative steps necessary to perform radical hysterectomy (Fig. 12–2). In truth, radical hysterectomy and lymphadenectomy are exercises in anatomic dissection. It is therefore imperative to have precise knowledge of the retroperitoneum, particularly the relationships of the ureter to the great vessels and of the vessels to one another (Fig. 12–3A–L).

The structures most vulnerable to injury and most difficult to repair are the veins accompanying the large pelvic arteries (Fig. 12–4). The precise location of these veins and their careful retraction are crucial to the safe performance of the surgery (Fig. 12–5A, B). All of these anatomic relationships come together during the dissection of the obturator fossa (Fig. 12–6). 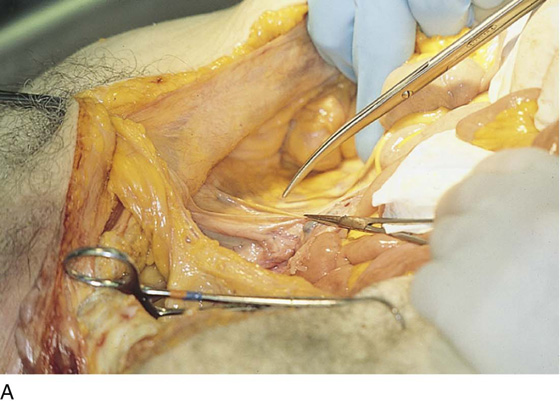 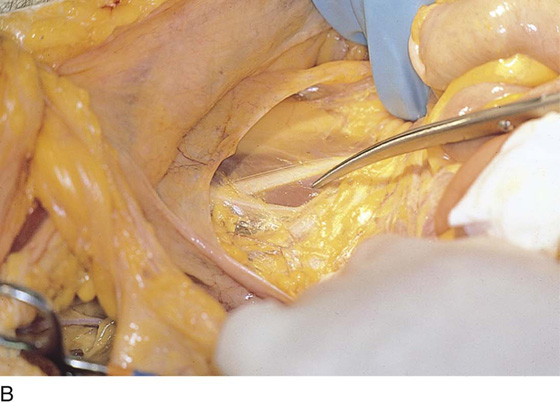 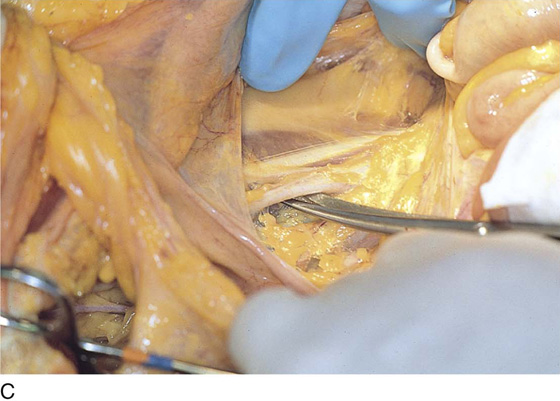 FIGURE 12–1 A. The retroperitoneum is entered by grasping the round ligament and cutting the peritoneum at the top of the broad ligament in a linear and foot-to-head direction. B. The scissors point to the belly of the psoas major muscle, which is lateral to the external iliac artery. C. The external iliac artery has now been exposed and lies above the spread tips of the scissors. 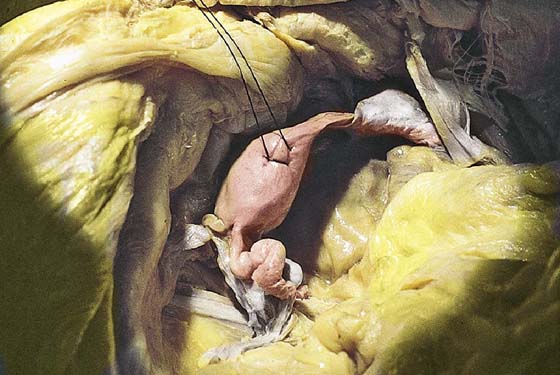 FIGURE 12–2 Orientation view of the uterus in situ with a ligature placed into the fundus for traction. 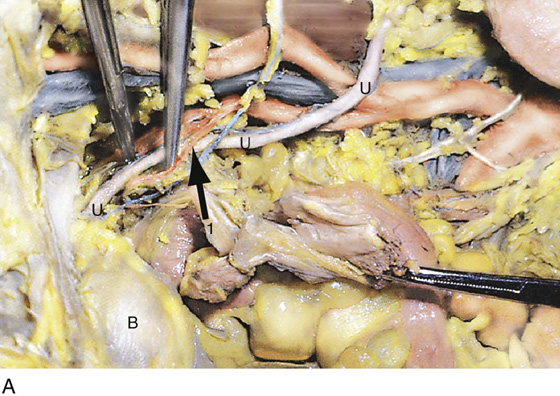 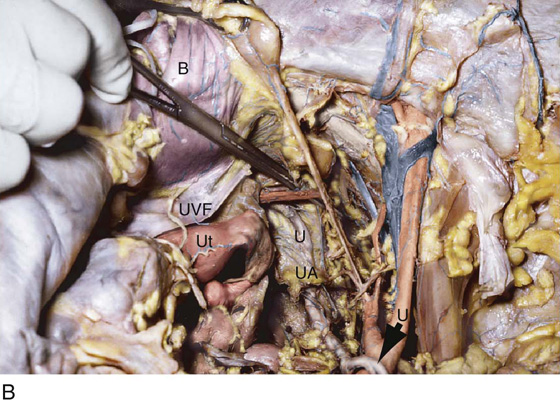 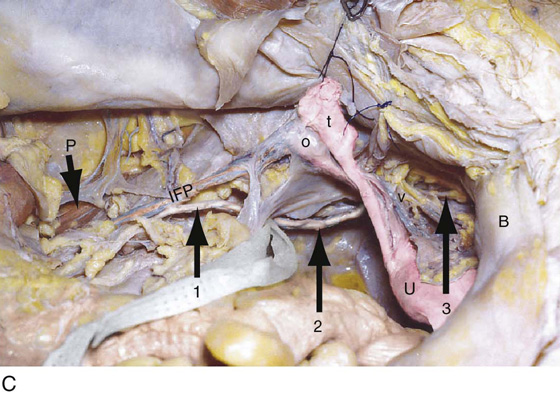 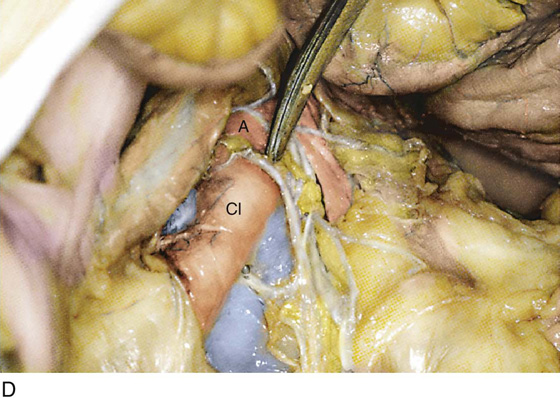 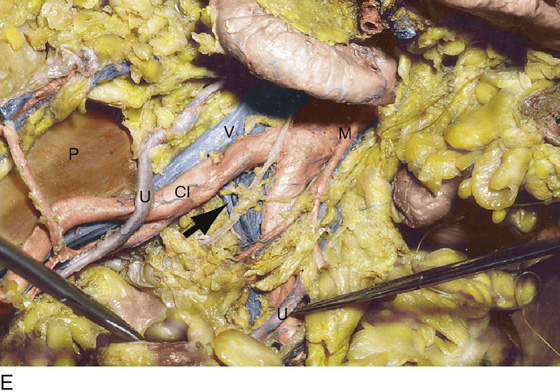 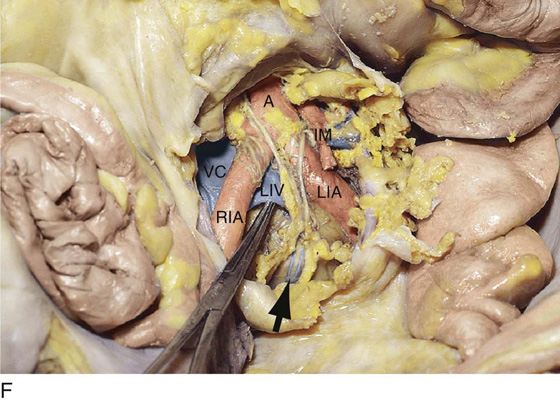 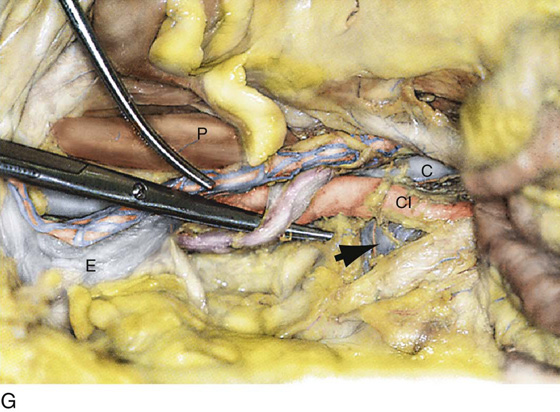 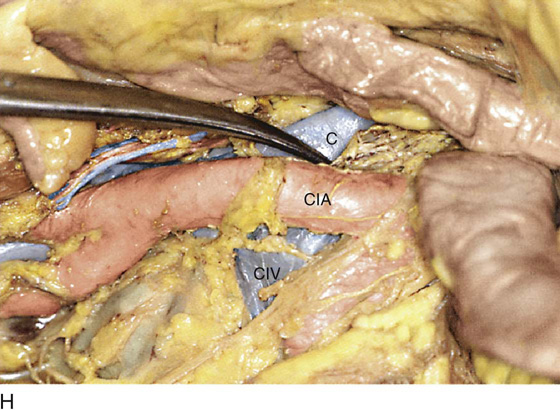 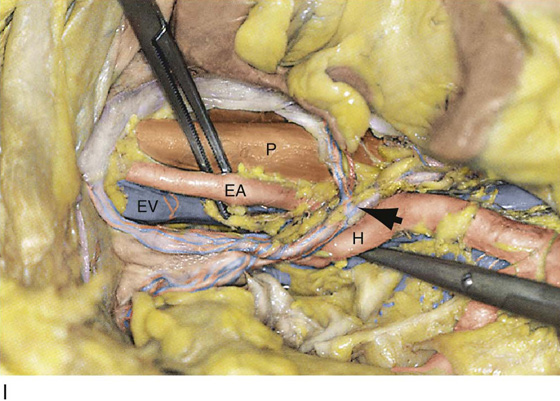 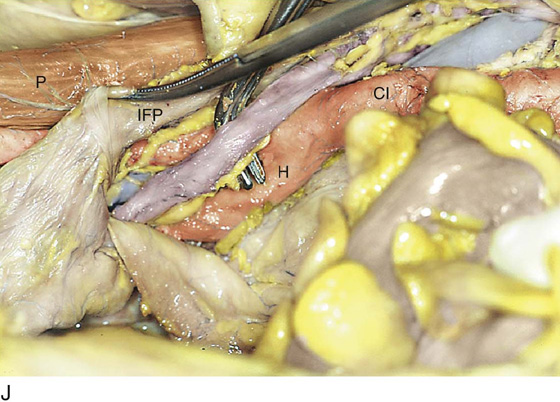 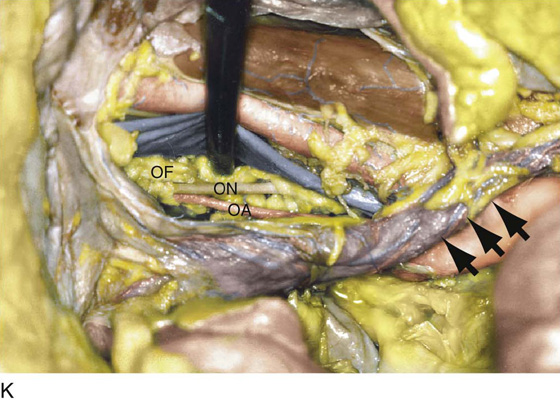 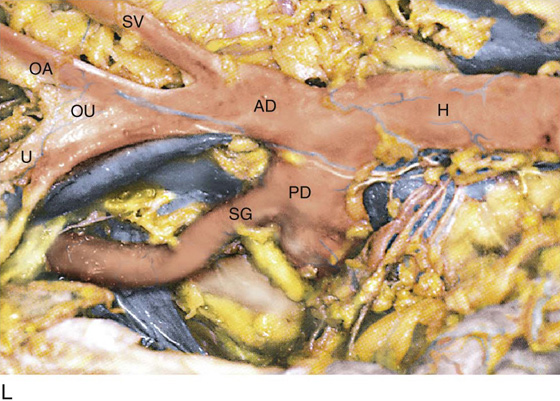 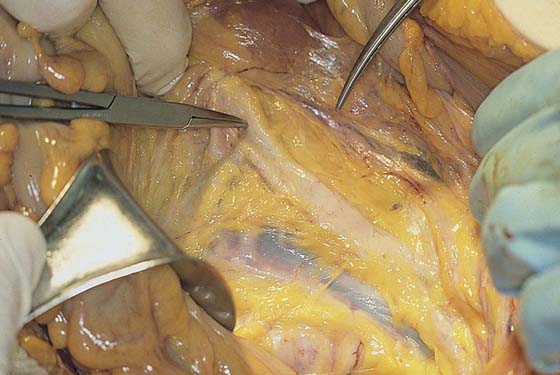 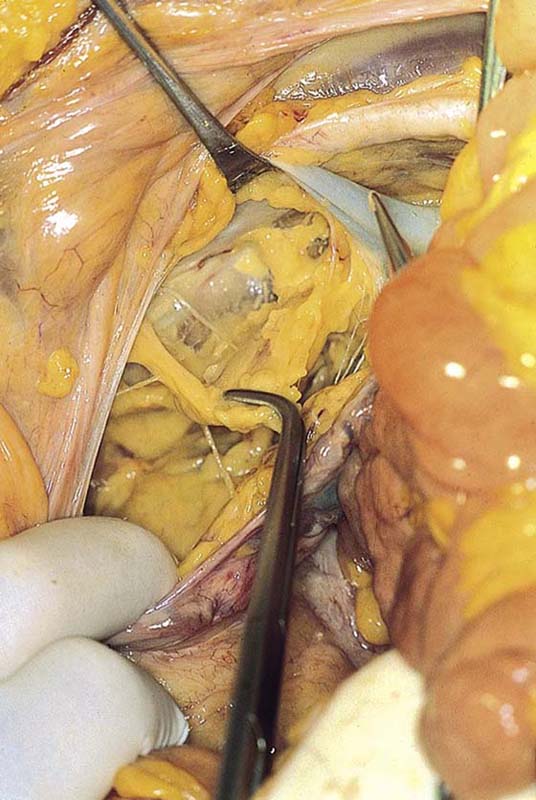