Anatomy of the Retroperitoneum and Presacral Space

Anatomy of the Retroperitoneum and the Presacral Space

The retroperitoneal space may be entered at several points in a safe and easy manner. The broad ligament may be entered by grasping and tenting up the round ligament. The ligament may be suture-ligated and cut, or simply grasped in a clamp. The peritoneum posterior to the ligament is cut vertically back in the direction of the ovarian vessels and ureter. The author recommends always first palpating the pulse of the external iliac artery and always opening lateral to that vessel over the psoas major muscle. The muscle is identified (as is the genitofemoral nerve). Next, the external iliac artery is identified just medial to the muscle edge (Figs. 36–1 through 36–4).

The sigmoid colon joins the rectum posterior to the uterus. Above this junction, the sigmoid proceeds upward and swings to the left, where it is attached to the peritoneum reflected over the psoas major muscle and iliacus muscle. This is not an adhesion but rather a normal physiologic attachment and corresponds to the area beneath the peritoneum where the left ovarian artery and veins, as well as the left ureter, are located. This is the general area where these structures cross the left common iliac artery. Cutting the peritoneum over the psoas muscle and reflecting the colon medially represents still another method of safely gaining entry into the left retroperitoneum. Further extending the cut into the broad ligament opens the retroperitoneal space wider and permits an excellent view of the course of the ureter (Figs. 36–5 through 36–9).

Entry into the presacral space may be achieved by pulling the rectosigmoid to the left side of the pelvis and incising the peritoneum vertically just to the right side of the sigmoid peritoneal attachment to the posterior pelvis (Fig. 36–14). This dissection will begin at the aortic bifurcation and will proceed inferiorly over the presacral space (Figs. 36–15 and 36–16A, B).

The most vulnerable structure exposed to real or potential injury in this location is the left common iliac vein, which crosses the sacral promontory from left to right. It must be identified immediately (Figs. 36–17 and 36–18).

The middle sacral vessels and the middle hypogastric plexus are identified descending over the sacrum into the depths of the sacral hollow. The vessels emerge beneath the left common iliac vein, whereas the nerves cross over the vein (Fig. 36–19A–G).

The hypogastric nerve plexus descends into the pelvis over the anterior surface of the aorta and enters the presacral space between the iliac arteries. The plexus crosses over the left common iliac vein and lies anterior to the middle sacral vessels (Figs. 36–19 through 36–21). To the left and lateral lie the inferior mesenteric artery and its branches (Fig. 36–22). To the right and lateral lies the right ureter (see Fig. 36–22). If one were to extend the dissection above the pelvis and broaden the exposure laterally, the ureters would lead the dissector to the kidney, the ovarian arteries to the aorta, and the ovarian veins to the vena cava and left renal vein (Figs. 36–23 and 36–24). 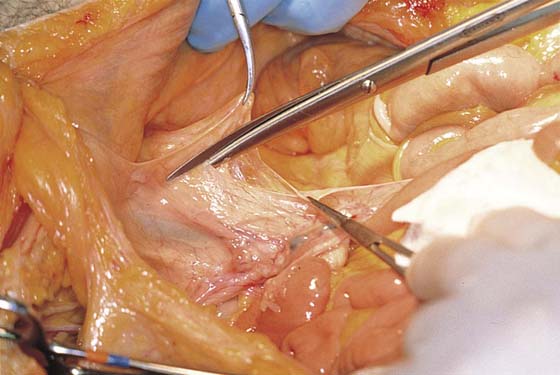 FIGURE 36–1 The retroperitoneal space may be entered by elevating the peritoneum at the top of the broad ligament between the round and infundibulopelvic ligaments. The peritoneum is incised and opened parallel to the psoas major muscle. This dissection is performed on the right side. 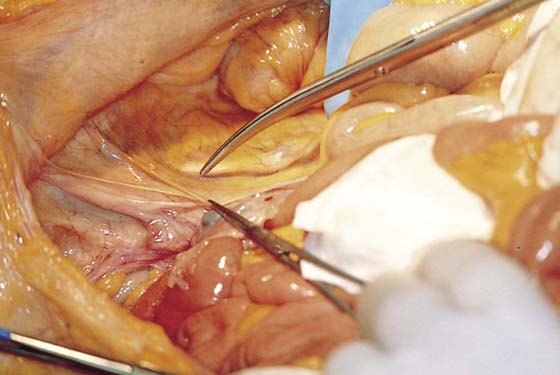 FIGURE 36–2 The medial edge of the opened peritoneum is held with a forceps. The tip of the scissors points to the medial margin of the right psoas major muscle. 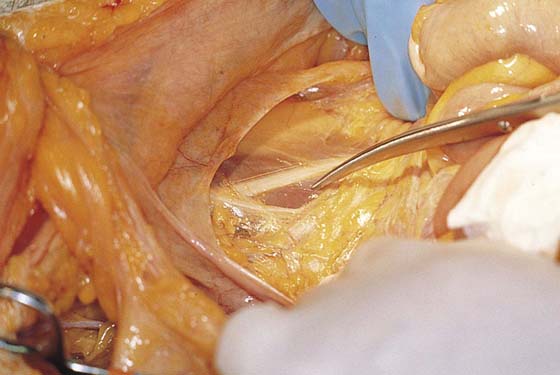 FIGURE 36–3 The fat has been cleared away from the right psoas major muscle, and the tip of the scissors rests on the belly of the muscle. 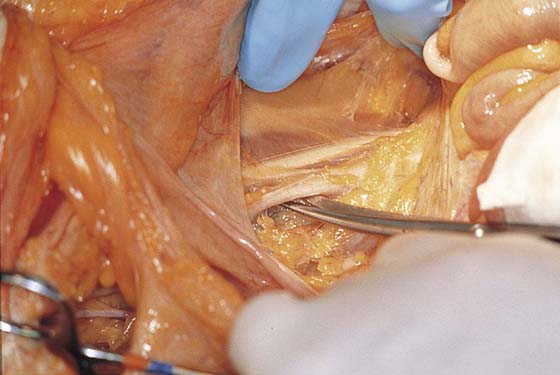 FIGURE 36–4 The right external iliac artery has been identified just medial and slightly inferior to the psoas major muscle. The spread scissors are under the artery. 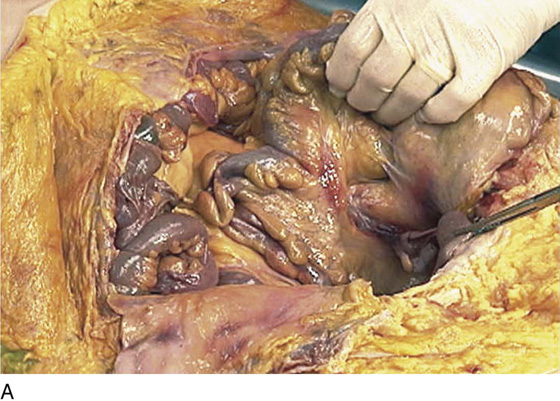 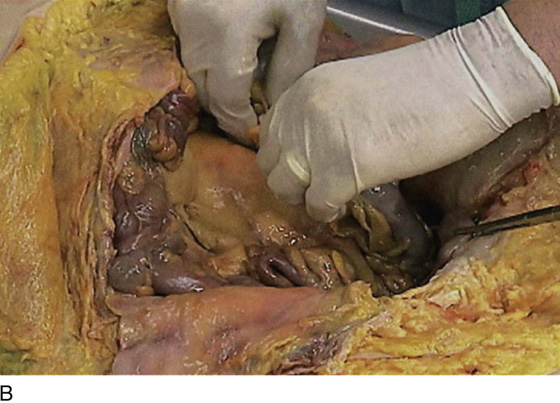 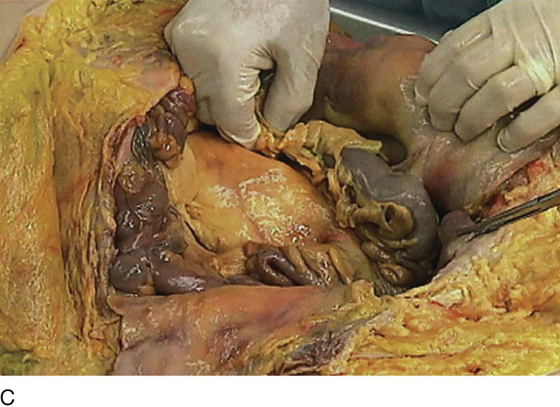 Tags: Atlas of Pelvic Anatomy and Gynecologic Surgery
Jun 4, 2016 | Posted by admin in GYNECOLOGY | Comments Off on Anatomy of the Retroperitoneum and Presacral Space
Premium Wordpress Themes by UFO Themes
WordPress theme by UFO themes